Thanks Doc for the opportunity to share the loss of two of my friends.

Two of the greatest guys I've ever had the privilege to know. Jason and Brian were buddies of mine running convoy guntruck escorts in Iraq '05-'06. We were all from the same unit in Alaska, attended training together and deployed together. Jason and Brian were both married and were fathers. They were also inseparable. They were best friends. Well, around the 18th of January, Jason was assigned a mission to Tal Afar escorting TCN unarmored tractor-trailers, and Brian volunteered to drive his M1114 on the mission. These were long-range convoys, and the mission was expected to take 10 days from Kuwait to Tal Afar (near the Turkish and Syrian borders) and back. On the return leg of the mission, at approx. 0100 hrs on 22 Jan 06, between CP 58-59 (north of Taji), they rolled over a pressure-plate detonated IED comprised of daisy-chained artillery shells. Jason and Brian were killed, and their gunner was wounded.

I carried their caskets off the C130 and onto the 747 that took them home. Carrying two friends was a pretty tough thing. I never took my convoy missions seriously until they were killed. To be honest, I never thought I would lose two friends in such a violent way. After their loss, my wife and I pretty much came to terms that I would likely not make it through the rest of the tour (at the time 60% of casualties in Iraq were on convoys). I still wonder why I lived and they died.

Because Jason and Brian were best friends, and they died together, their wives decided to bury what was left of their remains together, at Arlington.

A pic of our team. Brian is on the left, Jason is to his left. I'm the knucklehead on the far right trying to plant a kiss on my buddy Jeff! 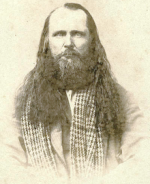 We will honor our fallen friends, thank you for sharing their story so that all may know of their sacrifice.

_________________
"If ever a time should come, when vain and aspiring men shall possess highest seats in government,
our country will stand in need of its experienced patriots to prevent its ruin." ~Samuel Adams