At first I did not like this knife but only because it is "different." It's a scandi grind knife based off of a viking knife in a museum except this is slightly longer. Most scandi grinds are at about the same angle and thickness. This knife, the angle of the grind is very steep and the spine is rather thick. For the most part, there is nothing really wrong with that but it's almost like they reinvented the wheel, it works just fine but I had to get used to it again. I can pick up all my other scandis and they handle just about the same, but this one, because of the steep angle and thickness of the blade, it would bite really hard and would almost push itself out of the wood I was carving. This was the only "learning curve" I had with it and it only took a little while of use to get used to it. What also bothers me, and is apparently an issue with other people's reviews, too, is that the grind is not even on both sides of the knife and borderlines a chisel grind. It hasn't caused a problem that I can tell, but it is strange to have an uneven grind and you have to sharpen it at different angles on each side of the blade (not a huge issue with scandi) but for a $100 knife, I'd expect a better quality control unless this is, itself, based on the historic account of the blade. I am not certain. Helle has a lifetime warranty on their knives, so I may see if they would replace it.

The sheath is decent though I wish it took in more of the handle though it fits tightly. A lot of the traditional scandi sheaths take in a lot more of the handle so that they do not bounce and fall out. I understand this is based on a historical design, so I can't complain too much.

Overall, I enjoy the knife and it feels good in my hands. The shape and size of the handle is quite comfortable. 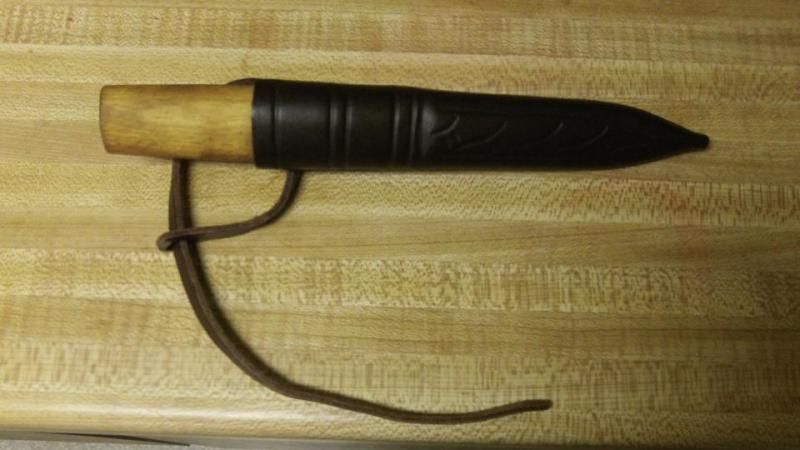 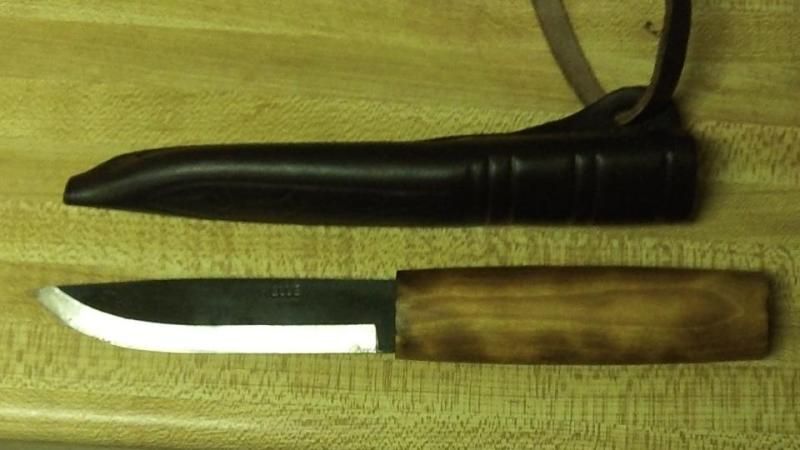 I have a Helle Fjellkniven No.4 and it's like a piece of artwork. Razor sharp, the heft and balance is exceptional. A real beauty. The blade is high carbon steel sandwiched between 2 layers of stainless. My wife gave it to me as a birthday present a few years ago.