Coal burning is a useful skill but is, at times, debated to its usefulness in a survival situation. Here, a pre-cut piece of wood is used for the sake of teaching a class. The argument being "When would you find something like that to make into a bowl in the first place?"

Right, you're not going to find a perfectly shaped piece of wood like this, but I submit that just as usable pieces may be acquired without modern tools, look for split planks and logs from lightning strikes or tree tip overs for workable pieces. In primitive living scenarios, it would be possible to create nicely shaped pieces for working with stone tools or a modern axe if available.

Using chicken nugget sized coals, place them on the piece of wood meant to be burned out. Blowing on the coals will help burn out the center faster. It's also possible to create a blow tube from a straw, bark, hollow piece of bamboo, or even the dried larynx of a deer to direct where the air goes and how the burn proceeds. 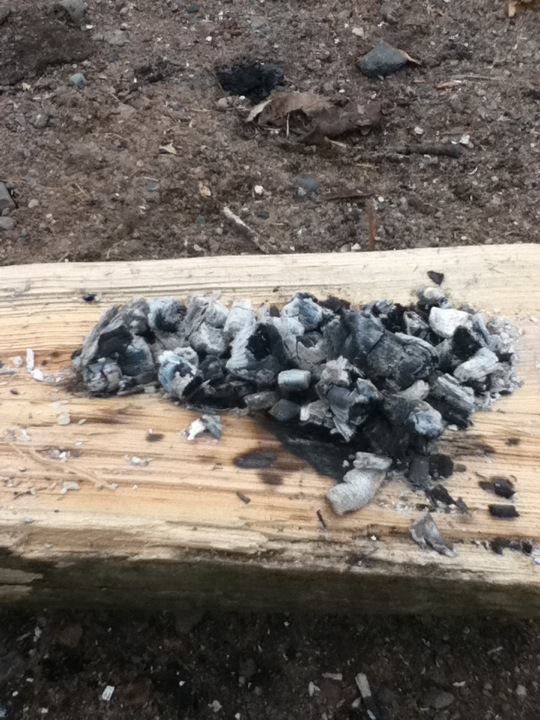 As the coals die down, place them back in the fire. Using a piece of rock or even a pointy stick, scrap out the charred portions of the wood. This will slowly create a burned out indent. 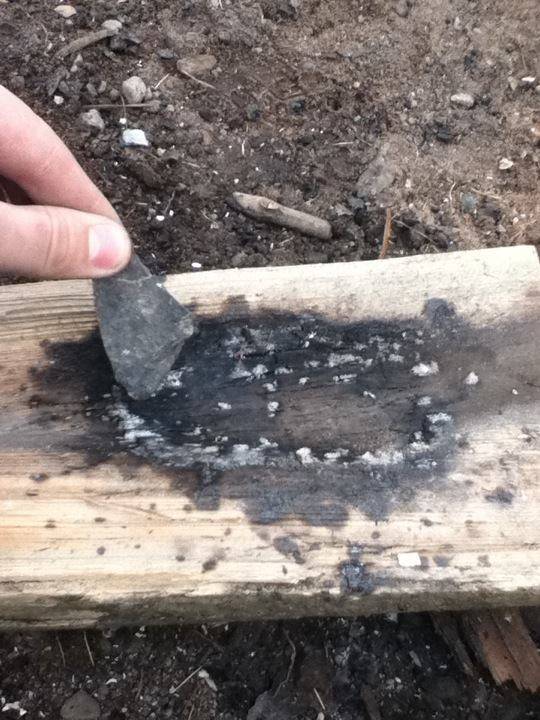 Continue to add more coals and scrape out the burned parts as they die down, slowly make a bowl. 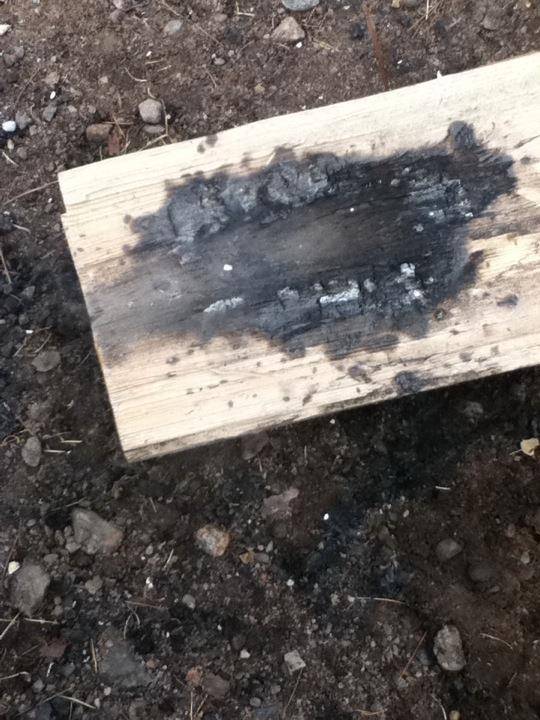 If the coals get too close to the edge of the bowl and risks burning through, pack the edges and parts of the bowl that you don't want to burn with cool inorganic mineral soil, clay, and/or mud. 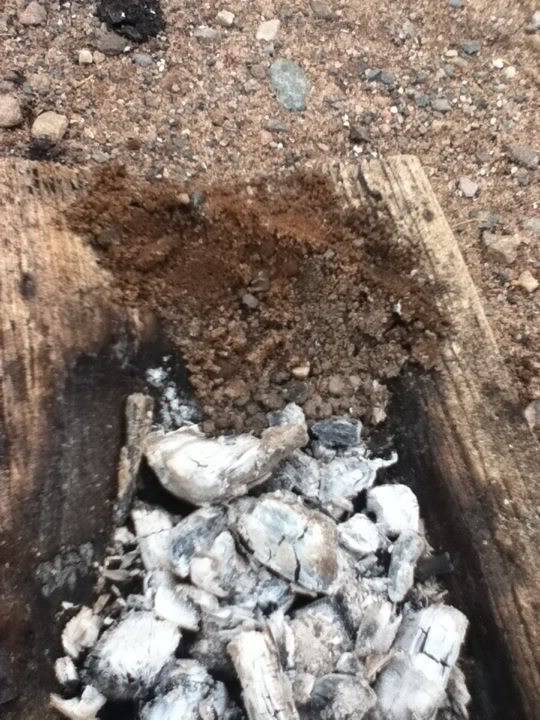 Once it gets to the volume you desire it's time to treat and seal your bowl so that it can hold liquids and not absorb them and rot. 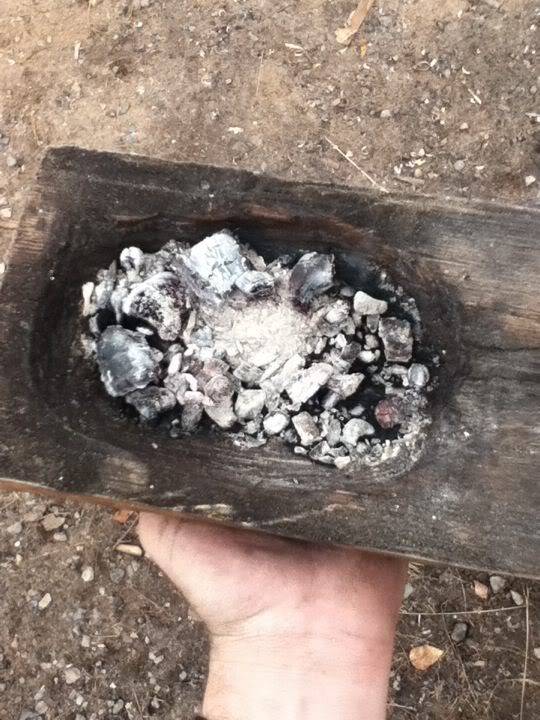 To treat your bowl/cup/whatever to hold liquid first you rub in some rendered fat, letting it be sucked up by the pores of the wood. After a sufficient amount of fat has been rubbed into the wood, it's now time to use a process known as "boning." This is where a rib bone (because of its curved features which allow it to fit a rounded container easier) is used to compress the wood fibers and seal in the oils of the rendered fat and keep it fairly waterproof. Simply run the bone along the inside of the container adding a fair amount of pressure to each part of the container. You should have a treated container capable of holding liquid.