These tire shoes are based off of the Mexican Huarache. There are accounts of similar sandals made by various cultures that adopted shoes. Often, they were made from compressed or woven yucca fibers or even cattail. Mexico (and other places) also used leather to produce fantastic shoes. When rubber became available it was often used instead of leather as it was much cheaper especially when it was sourced from tires that washed up on shore in Mexico. 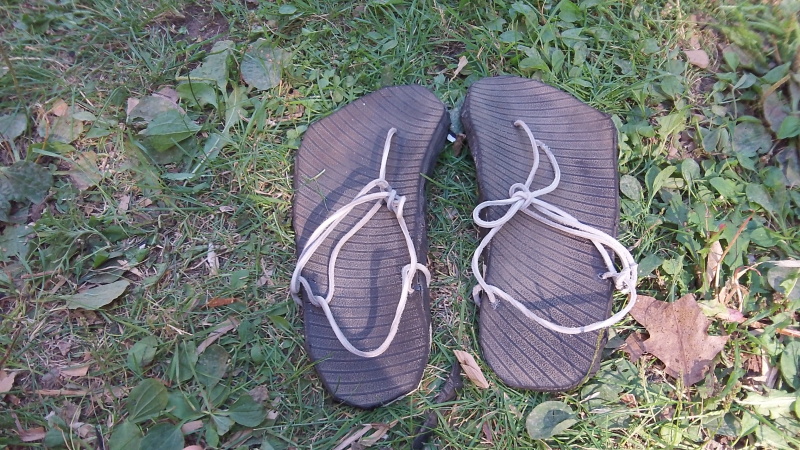 When making your huarache from tires it is advisable to use the side wall of the tire. The tread of most tires have wires in it that can do damage to your knife. The sidewalls of all the tires I have encountered so far do not have wires in them. I used some tree bark to trace my foot for a pattern. To trace my foot I used black soot from my fire to mark on the bark where I needed to cut. I proceeded to cut out the pattern. I then placed the pattern on the cutout sidewall of the tire and cut out the shape with my knife.

After the sandals are cut out, using an awl made from bone, I punched a hole between my big toe and second toe as well as on the side of each ankle 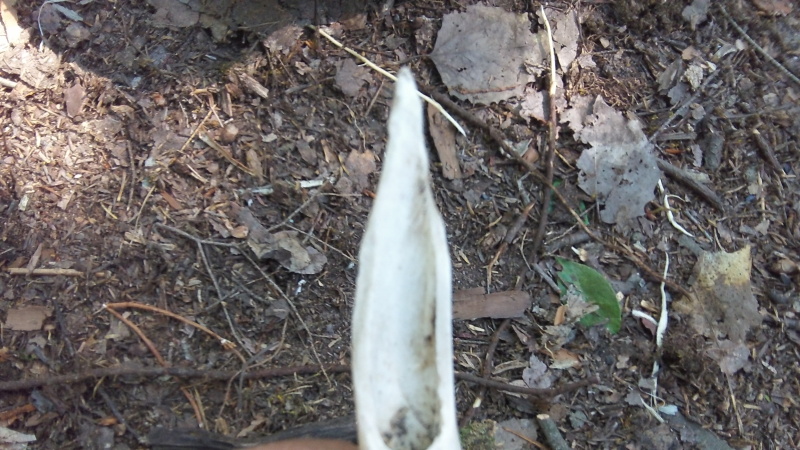 When that is done it's time to lace up the huarache. The hole in between the toes is the origin point of the lacing, tie a knot in the bottom so it doesn't slip through the hole. Wrap the lace through the outside hole, around the back of your heel, then through the inside hole. Tie it off on the top of your foot. 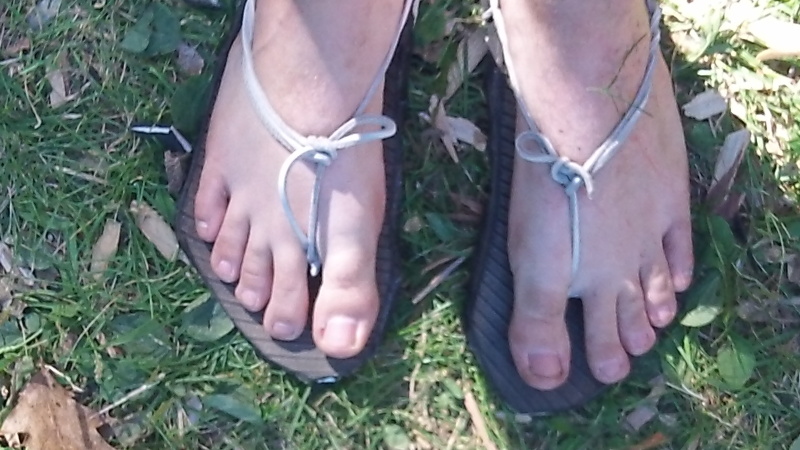