This is a Hoko Knife which is based on the knives found in the Hoko River archaeological dig site. I used all stone tools in the creation of this knife and the cutting of the limb for the handle. 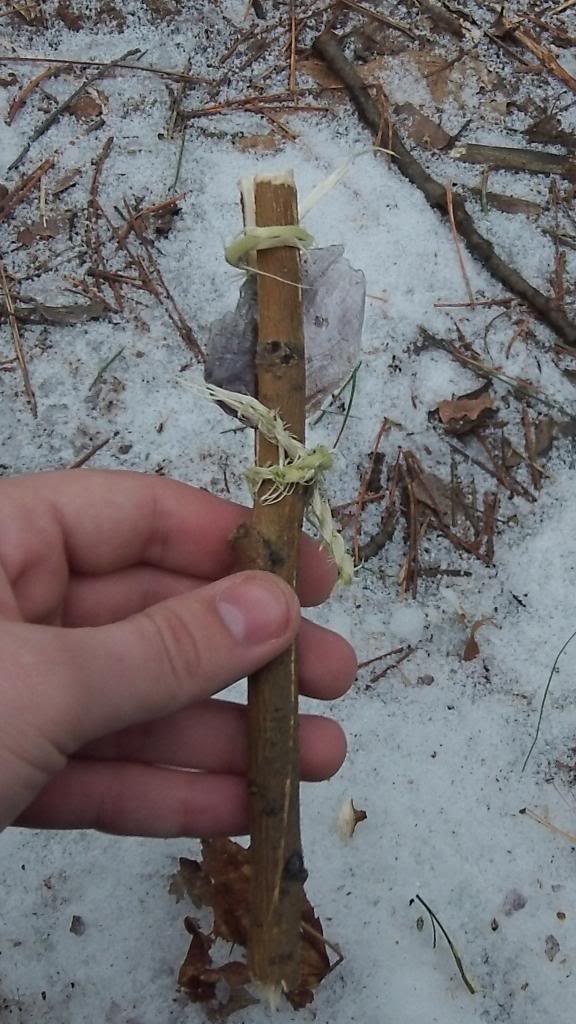 Originally, the stone flakes on the Hoko knife were about the size of a thumbnail. I believe those thumbnail flakes of stone were pieces from larger tools that were in creation. These little flakes didn't need to be fancy or masterfully crafted to be razor sharp. Hafting the stone flakes into a the handle allows a safer use of the stone flakes in a scalpel like fashion. These tools could be used for skinning, harvesting plants, cleaning fish, or even fleshing out game.

Many Hoko knives are irregularly shaped but because I wanted to maximize efficiency for skinning and cutting meat, I created a very thin and round piece of stone. To do this, I used my hammer stone to hit another silicate based stone, shooting a cone of energy through the rock and popping off a very thin, round, and sharp piece of stone. I wanted a round piece because round blades have an increased surface area, making them more efficient at slicing. If your lithics aren't up to snuff to purposefully create a sharp rounded stone flake, sharp enough pieces can be made by smashing rocks with or against other rocks until a sharp piece breaks off. This, of course, works better with certain rocks than others, particularly those with high silicate content. 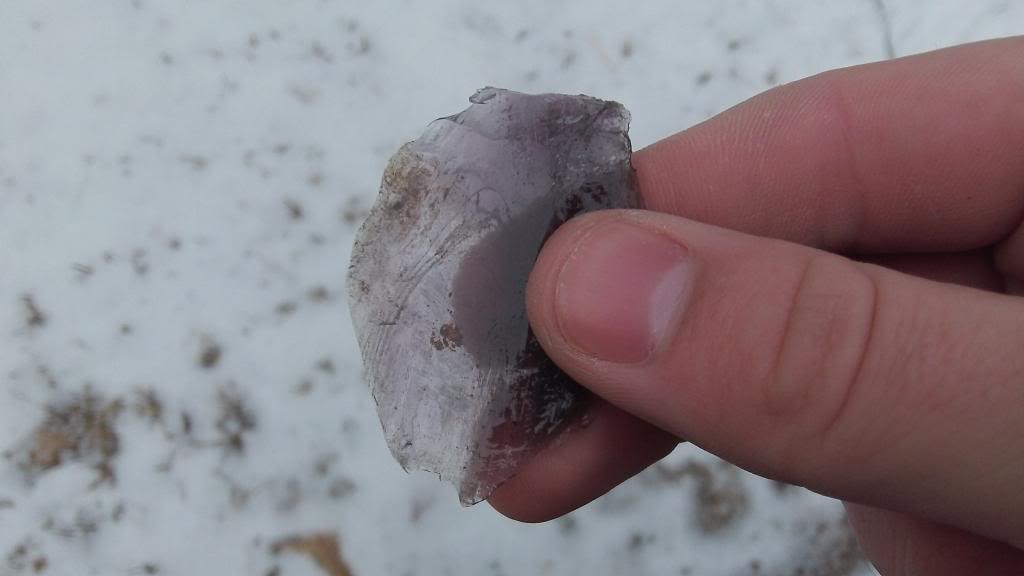 Here you can see how the flake broke off. 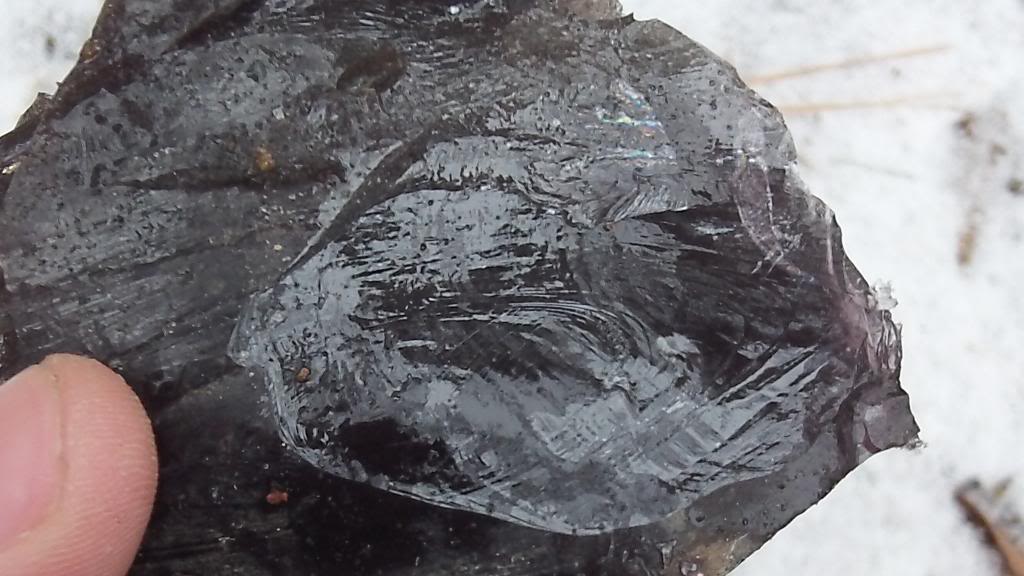 I cut the a branch of willow to size with a scrap flake, split the willow with a wedge shaped stone, and secured the stone flake tightly between the two halves of the willow limb by using natural cordage acquired from a damaged sapling. 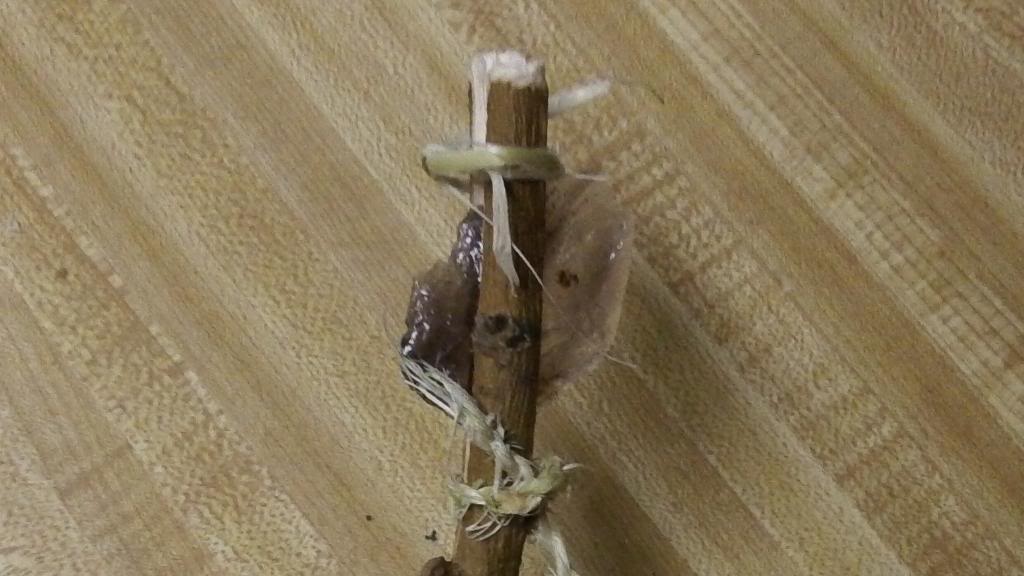 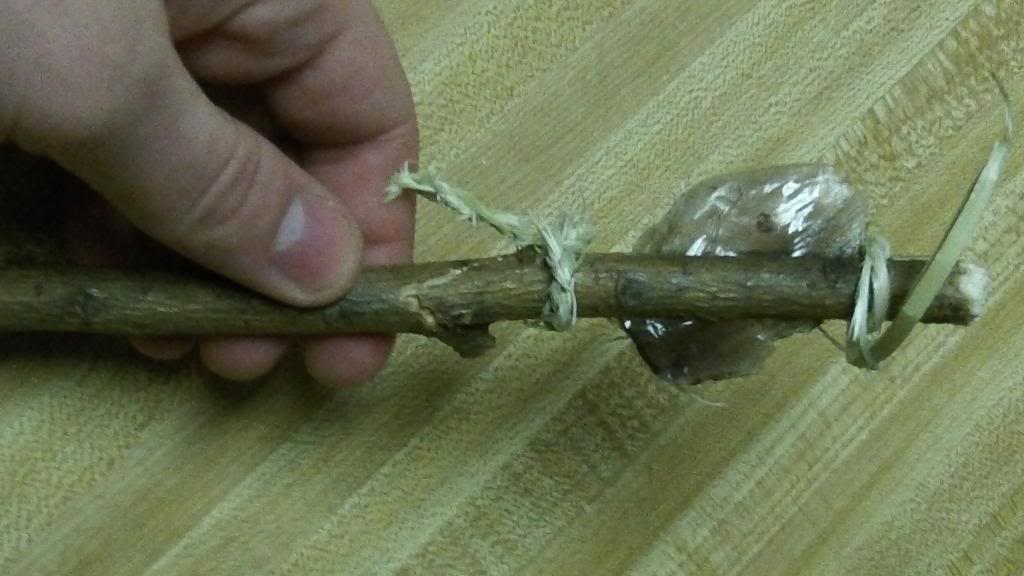 Preparing some chicken breast for dinner. 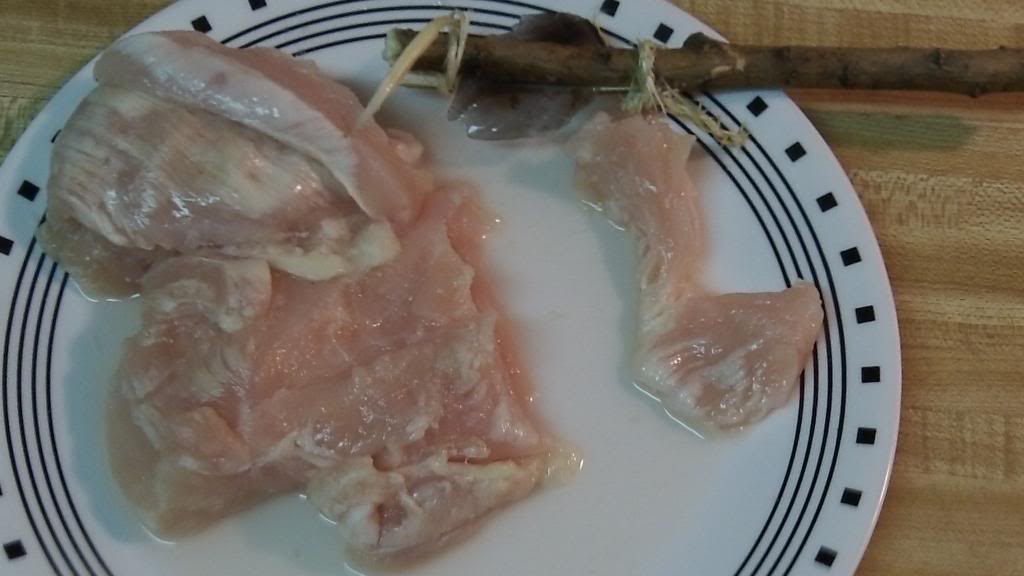